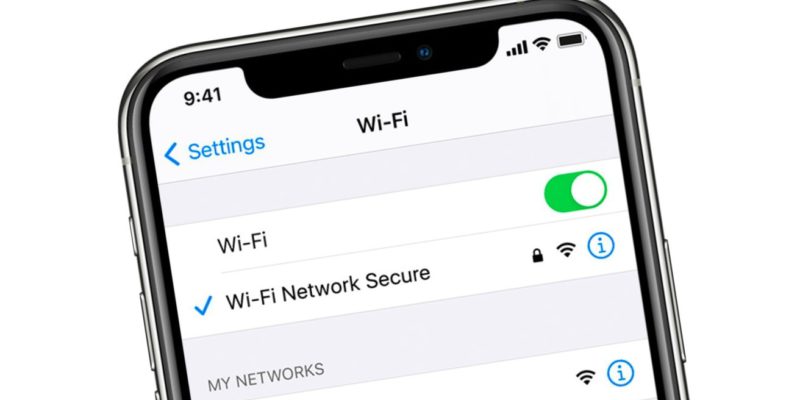 A new iPhone bug has been discovered that breaks the phone’s wireless functionality by just connecting to a specific WiFi hotspot.

The bug would make your iPhone unable to establish a WiFi connection, even if it is rebooted or the WiFi hotspot is renamed.

The issue was spotted by reverse engineer Carl Schou while connecting to his personal WiFi hotspot named “%p%s%s%s%s%n”. On connecting to the hotspot, his iPhone’s WiFi functionality was permanently disabled and when he tried to enable it again, it quickly turned off, even when he restarted the device or the hotspot name was changed.

The bug could be exploited by threat actors to plant fraudulent Wi-Fi hotspots with the name in question to break the device’s wireless networking features.

According to users, the issue is unique to iPhones and does not affect Android devices.

According to some security researchers, the issue could be due to an input parsing issue. When a string with “%” signs exists in WiFi hotspot names, iOS may be mistakenly interpreting the letters following “%” as string-format specifiers when they are not.

Restarting the Phone won’t fix the issue and the bug is not permanent, but it can be fixed without resetting the entire device. All you have to do is to reset the device’s iPhone network settings.

Follow these steps to reset your iOS network settings: