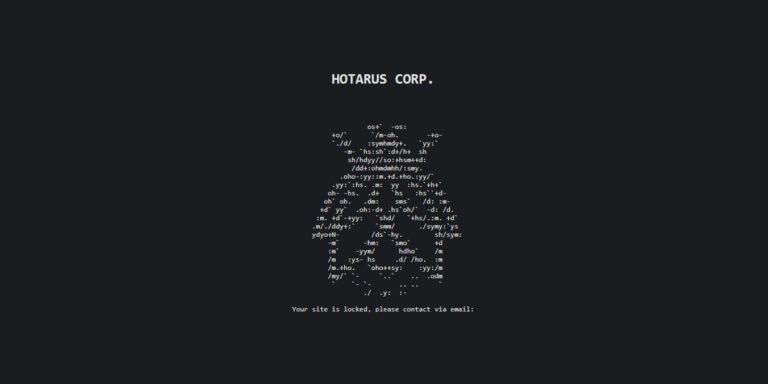 The hackers used a commodity PHP ransomware called Ronggolawe (or AwesomeWare) to encrypt the site’s contents. After the attack, they released a text file containing 6,632 login names and hashed password combinations on a hacker forum.

The bank has officially confirmed the attack but states that a marketing partner was hacked and not their internal systems. They haven’t found any evidence of access to their systems and so the security of their client’s financial resources is not compromised.

The bank claims that the threat actors used the compromised platform to send phishing emails to customers in order to steal sensitive information to conduct “illegitimate transactions.” The bank assures that they are taking measures to prevent and mitigate these types of situations.

However, the hacking group said that they used the marketing company’s attack as a launchpad into the bank’s internal systems. They then stole data and deployed ransomware to encrypt devices.

They also shared various images of the allegedly stolen data as proof of attack.

The hackers are carrying out these attacks only for money. They are not planning to sell the data stolen from the Ministry of Finance but are in the process of selling credit cards which they claim to have stolen from Banco Pichincha.

Finance and Banco Pichincha to learn more about the attacks but have not heard back at this time.